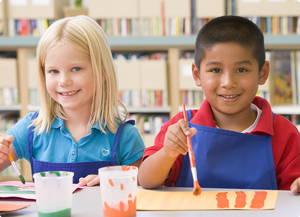 Ascension Episcopal Kindergarten was opened in 2001 to serve the needs of our growing community. Over the years, the school has earned praise for its continuous improvement in student test scores AND consistently high levels of parent satisfaction. In 2008, the school won the Mayor’s award of distinction for its after-school arts program.

A number of the founding teachers still teach at Ascension Episcopal Kindergarten – a testament to the warmth and spirit of this learning community.